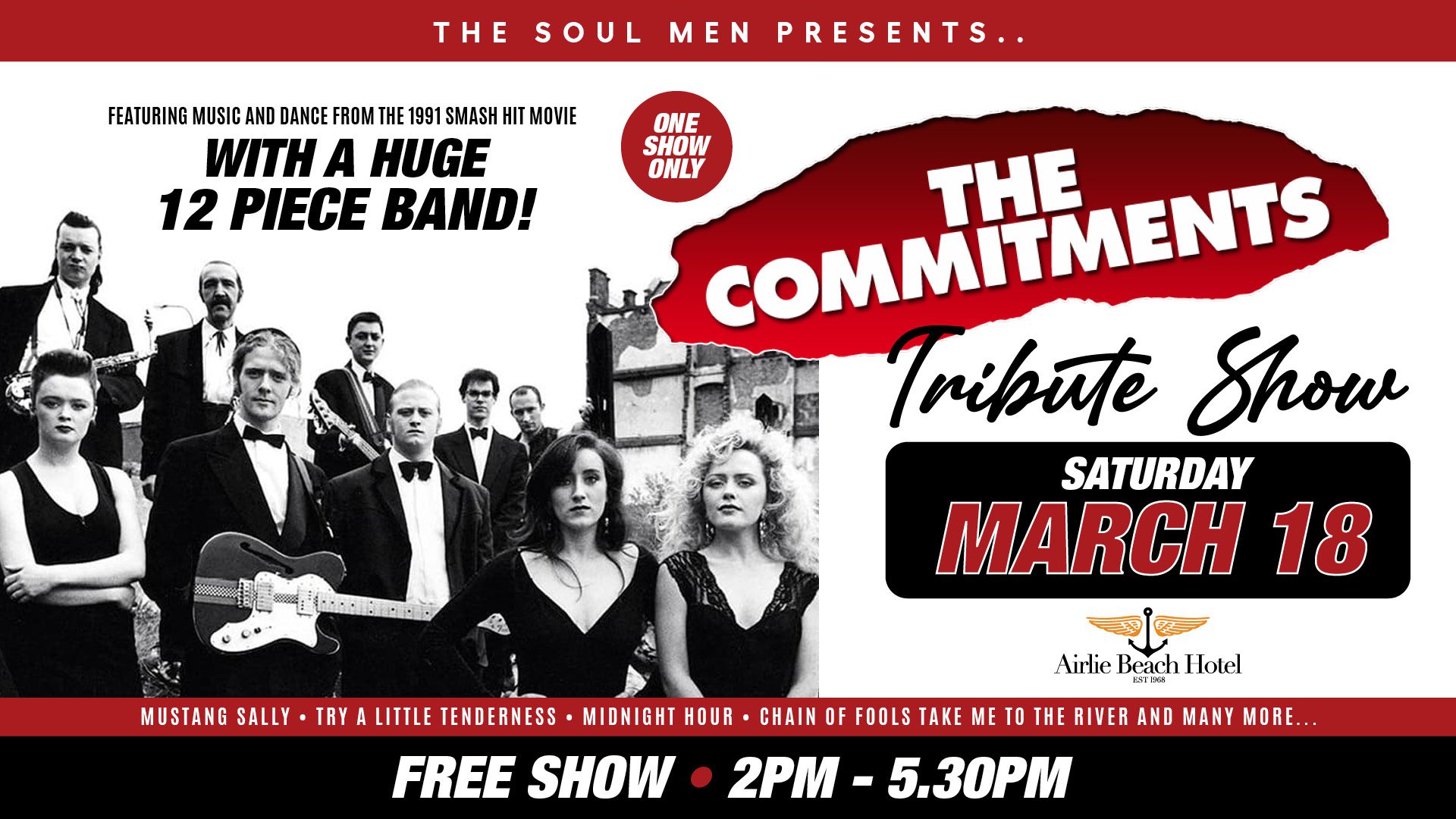 The Soul Men, famous for their ever-popular Blues Brothers show, introduce you to their ‘Tribute To The Commitments Show”

This incarnation of the Soul Men sees the band performing music from the movie ‘The Commitments’, complete with horn section, trio of female backing singers and powerhouse front man. The band cover all your favourite rock, soul and pop classics brought back into popularity by the 1991 film.

The Soul Men have rocked the club circuit, festivals and gala events with their resurrection of the classics for over a decade. Crowds experiencing their lively performance are transported into an oasis alive with classic rhythm and blues, however the show isn’t just about reliving the glory days. The music is reverberating through to the next generation of fans, illuminating the true origins of R&B and enthralling crowds to dance along with the choreography of the band – rather than getting lost in a mosh pit.

More than just a tribute band, they’re a portal into the humble days of blues and soul. With musical roots like these, this band is bringing soul back to the people, uniting cardigans and rock band tees to the same beat and inspiring crowds to really shake their tail feather. Lead vocalist and blues showman Greg Hill believes everybody can dance; it just takes the right beat. You can bet you will find that beat, coupled with an uplifting groove and timeless songs at any ‘Soul Men – Tribute to the Commitments’ show. Come on a journey with the band and be transformed by Australia’s own version of Dublin Soul.

This isn’t just a band; this is entertainment. They are the saviours of soul. They are The Soul Men.